THE STORY OF SURA

SURA Gate, which has been created through the twisted space somewhere in the world, had opened.
Variety of evil monsters poured out through the door and This left the Earth devastated.….
To save the world in despair, four legendary warriors are needed…

It's already been 100 years since this world was ruled by evil monsters....
Thanks to falling fire rain in the sky, sooner of later it seemed to be looking for the old Earth.
But…
Monsters with weird looking and stronger power, totally different from the one previously came to the
world, suddenly started crawling down from the gate., Humans are being threaten from endless and
hopeless war initiated by SOMETHING from another world.

There is a rumor about the gate of SURA. It is said that the gate of SURA is created into two different
gates. One is observed from nearby sacred areas such as temples, another appeared in an unexpected
place and disappears quietly.

A suspicious person with a black cape used to be spotted where SURA gate was located.
Many said that the person is Sato, but there was not enough evidence to confirm.
Every time SURA gate was created in a new area, merciless attack by evil monsters destroyed everything,
making survivors' tears never dry up.

Those who lost their families and their homes in an instant were filled with resentment against the gate of SURA.
The curiosity about the mysterious man seen in front of Sura Gate had risen day by day.
As many people are interested, various speculations and facts about SURA gate have become rumors and this gets bigger like a snowball. 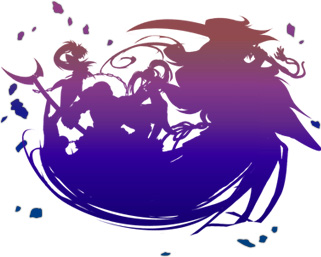 The four warriors probably have a key to protect the world from monsters.
Would it be possible for rookies, who have lost their homes with their precious families in an
instant, find traces of the four legendary warriors?
In addition, can they return the earth to the initial status with the help of warriors' strength
and wisdom, comforting the souls of the deads who have fallen helplessly?